The Wii System Menu (also called Wii Menu or System Menu) is the primary graphical interface of the Wii console, developed by Nintendo EAD. It provides access to all of the Wii's main system functions on retail units, including launching titles from a disc, launching channels on the Wii's NAND, save data and title management, adjusting system settings, and the Wii Message Board. On development systems, boot-IRD is preinstalled instead of the Wii Menu (but the retail menu can still be installed using a Wii Menu Changer disc).

There are five different regional versions of the Wii Menu, indicated by the letter after the version number displayed in the system settings:

An unused feature exists in the System Menu to set limits on the duration for which a channel can be used; this was seemingly intended for special subscription, rental, and demo titles as per the ES and Wii Shop Channel code which supports it, but was never used for unknown reasons.

It can be activated by setting byte 0x268 of a title's ticket to 0x01. The time limit is read from the following 4 bytes.

If activated, the System Menu will display the remaining time at the bottom of the channel's banner. If the time limit is over, you will automatically return to the System Menu, but instead of the usual animation for returning, you will face a black screen saying the time limit for this channel is over. After this, when viewing the channel's banner, the "Start" button will be greyed out and there will be a message saying the license for this channel expired.

The system saves the time that was spent in the channel in the permanent file /sys/cc.sys, rendering uninstalling and reinstalling it useless. In fact, IOS will prevent installing a title where the license is already expired. The only way to be able to install the title again would be increasing or disabling the time limit.

The banner of the Disc Channel has a DVD graphic and a matching shadow and reflection, but they are set to be invisible. It is located on the left of the Wii Disc, partly off screen; it is likely that originally the DVD was intended to be smaller than the other discs and positioned above or below them.

If made visible, one can see that the only animation that appears to be assigned to the disc is the spin animation that plays after clicking on the channel icon.

Image of the unknown beta menu, distinguished from 1.0 by the lack of a disc icon peeking out from the Disc Channel[3] 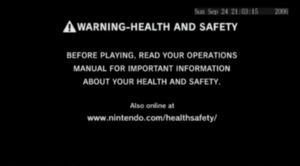 While all regional versions of the RVL-001 model support GameCube discs, controllers and Memory Cards hardware wise, the Korean System Menu does not. The GameCube references are also absent in the Wii Mini and VWii versions of the menu, but are still present on RVL-101 consoles (since they use the same software as RVL-001 consoles).

As per Nintendo's standard practice prior to their removal of region locks for the Switch, the Wii's language/country settings are completely segregated by the regional version of the installed menu. Japanese and Korean Wii Menus are locked to a single country and language so completely omit these settings, whereas American and European Wii Menus offer several choices.

The Japanese version of the System Menu has a Simple Start option in the connection setup menu, allowing the Wii to connect to a Simple Start compatible router. Since such routers are exclusive to Japan, the button got removed in the other regional System Menu versions.

In the American version of the System Menu, the Health and Safety screen is entirely black and white. In all other versions the attention icon is colored yellow, and the URL is colored blue. Additionally, the URL differs between regions.