The Mii Support Disc is a disc which was discovered from its presence on GameDealDaily, and its appearance in a NintendoAge thread.

There is a variant with the Wii Sports logo and title ID on the front, and a variant with the Wii Play Japanese logo and title ID on the front. It is currently unknown what the purpose of these versions are. Both the disc seen in the NintendoAge thread and the disc that Jodi.org ordered from GameDealDaily were extremely scratched, to the point where they were completely unrecognizable by the Wii's disc drive; due to the patterns of scratching involved, it is likely that these discs were intentionally destroyed by Nintendo. The discs' exact purpose is unknown, especially accounting for the strange presence of multiple versions, however as the Wii Menu has code to output an error if Mii Channel data is corrupted, it is likely that this disc is intended to remedy this in some way. Of note, according to the NintendoAge thread, the revision number of this disc is 09- or version 10 of the disc. It is currently unknown if other versions were released.

It's theorized that the Mii Support Disc may have been used when the Mii Channel's data has been corrupted or malformed in some way.

As of January 2019, a copy of the Wii Sports Mii Support Disc has been obtained and has been sent for resurfacing, however the data hasn't been successfully dumped yet. 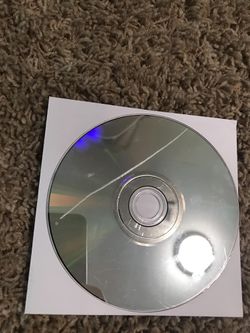 The back of the Wii Sports Mii Support Disc. The back has a very deep groove. 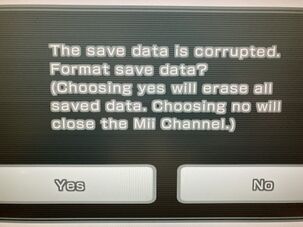 The screen the user gets when Mii data is corrupted. 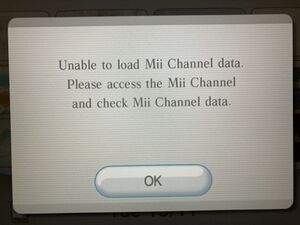 The screen the user gets when Mii data is corrupted. (Message that's shown on the Wii main menu.)
Retrieved from "https://wiki.raregamingdump.ca/index.php?title=Mii_Support_Disc&oldid=4800"
Categories: