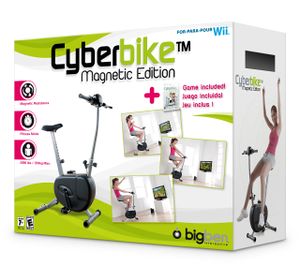 The bike, in its packaging.

It was released in the US and Europe, and bundled with a game called Cyberbike Cycling Sports, the US version of which is notable for being uncommon.