CrashMe is a series of trojan horses developed for the Nintendo DS. The main purpose of these roms was to ruin your day, as it will flood the Nintendo DS firmware with junk data, rendering your DS unusable.

The origin of these trojans started back in 2005 with the PlayStation Portable, known as a trojan simply known as Trojan.PSPBrick. The trojan was hidden away as a "version downgrader", as it would delete critical files that would restart the PSP, and replace those files with the following messages: 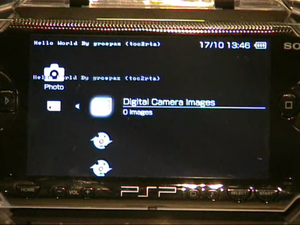 A bricked PSP. You can still boot it up, but that's about it.

Trying to open any application after that would simply freeze the unit, and with there being no real recovery method possible (except by replacing the entire motherboard), you were out of luck. This trojan is what inspired DarkFader, to create a version for the Nintendo DS, with similarities shown.

On October 8th 2005, just a few days from the discovery of Trojan.PSPBrick, DarkFader privately released a trojan for the Nintendo DS on IRC, which later made its way onto people's DS'es. The link pretended it was link from XS4All (a Dutch internet provider), and the trojan came in an archive known as taihen.zip. The only contents were taihen.nds and taihen.txt, which was a simple .txt with this text:

The swapped screens and the different text was probably to get around DSLazy's CrashMe check. When the user would turn the DS off and back on again, they will be greeted with a black screen.

A day later, a more wildspread and more approperiate version was uploaded on multible IRC channels and a forum as well, named r0mloader.zip. The trojan pretended it was a tool that would "automatically patch your .nds roms uppon launch", but its functionality was the same as Taihen. 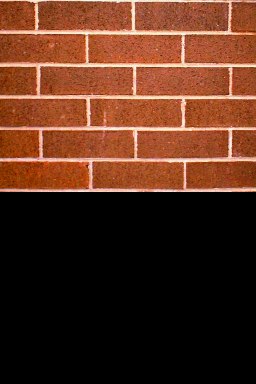 I've never been scared by a brick wall before.

Included was a .txt file that reads:

After the erasing job is done, an image of a brick wall is shown on the top screen, with no activity. Because this version of CrashMe was more wildspread, the news was covered on multible websites and forums, being mostly virus-alert sites, with a warning for people telling them to keep an eye out and to always get roms from trusted sources.

Another trojan popped up around 2011, found by a GBAtemp user known as osm70, with the rom pretending to be Mario Party DS. Besides the rom file size being larger (probably filled with junk data) and having a different header, the rom behaves identical to r0mloader. It shows the same brick wall and it does the same overwriting job.

After everything went down, DarkFader has appologised for his actions and behaviour as he clears everything up, including some recovery tools for bricked consoles and flashcarts.

This appears to be a log from some Swedish IRC server. DarkFader was not actually on this IRC server.