Deprecated: Array and string offset access syntax with curly braces is deprecated in /var/www/wiki.raregamingdump.ca/includes/media/WebPHandler.php on line 191 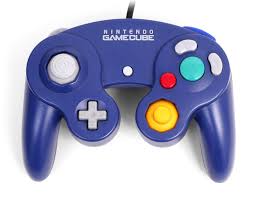 This is the original gamecube controller

The GameCube controller is the standard game controller for the GameCube home video game console. Manufactured by Nintendo, it was released on September 14, 2001 in Japan, on November 18, 2001 in North America and in May 2002 in Europe and Australia. It was also re-released on the international launch of Super Smash Bros. for Wii U and the PAL launch of its successor, Super Smash Bros. Ultimate.

The GameCube/Wii SDK PAD library defines six firmware revisions of the controller, although more than six revisions are known to exist with physical differences and the same firmware. 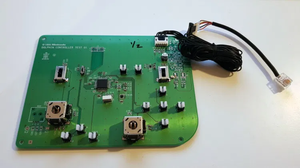 The 1999 breadboard is the earliest version of the GameCube controller that has been found by collectors. It is a bare board without a case.

The DS3 is a GameCube controller prototype with no D-pad or Z button. 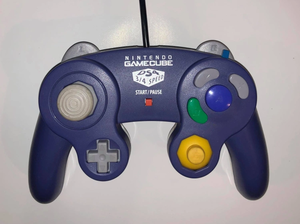 The DS4 is a GameCube controller prototype with no Z button and a square pause button. This prototype has a slightly different shape than the final version. 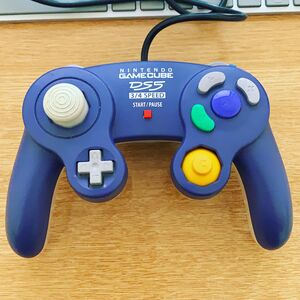 The DS5 is a GameCube controller prototype with an identical firmware and button layout to the final controller but slight cosmetic differences (such as a bean shaped B button). 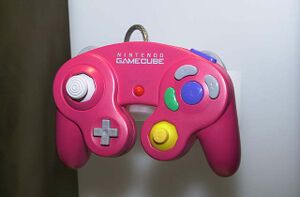 A more finalized design of the GameCube controller was put on display at Space World 2000. This model has a different spherical "START/PAUSE" button and it was red, while the B button has a bean shaped button and is green. There are two unreleased color variants found among these display units, which are gold and pink. These display units didn't actually have any hardware in them, they were empty cases made for the purpose of display.